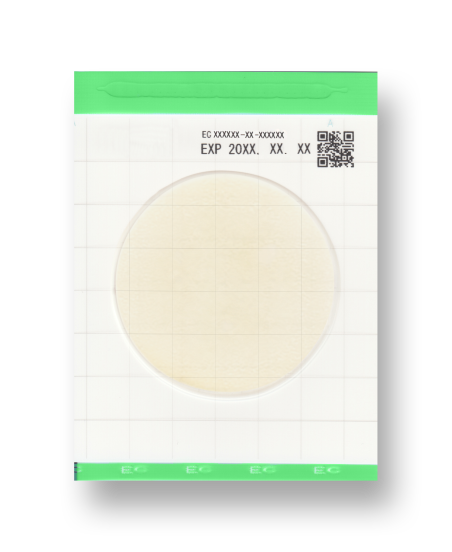 Easy Plate is a convenient, prepared media plate with no need for media preparation or sterilization. Easy Plate is an easy to use alternative to in-house media preparation using traditional plated media that saves time, labor and reduces waste. Using an Easy Plate – which is about 1/20 volume of the traditional petri dish – saves space and allows you to run more tests with your current incubator space. Easy Plates come ready-to-use and immediately after opening the package you can place a sample suspension onto the media and start incubation. 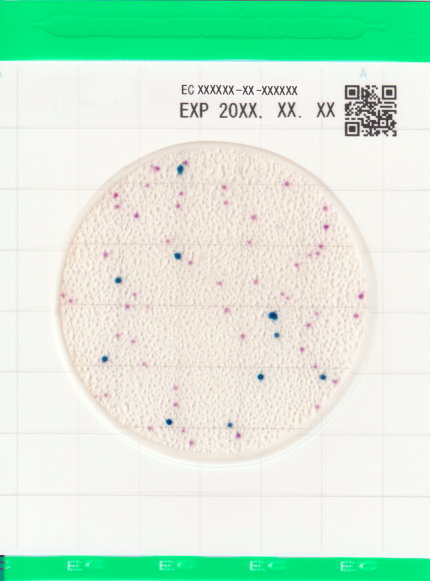 Easy Plate EC is an AOAC PTM certified custom media formulation for detection, identification and enumeration of E. coli and non-E. coli coliforms. The media includes two chromogenic substrates that cause E. coli to exhibit a blue-purple to navy blue color while non-E. coli coliforms exhibit pink to red-purple color allowing you to distinguish each in your analysis* in approximately 24 hrs. The distinct coloring of the colonies helps to overcome common interferences in food and water testing to make testing and enumeration of E. coli and coliforms easier. While most E. coli produce β-glucuronidase, E. coli O157 does not specifically produce β-glucuronidase, and it therefore exhibits a red-purple similar to that of non-E. coli coliforms. This needs to be considered in your analysis and conclusions. Easy Plate EC is AOAC PTM certified and sold in packages of 100 tests in 4 separate bags containing 25 tests each. The shelf life of 18 months when stored unopened at 2-8℃. 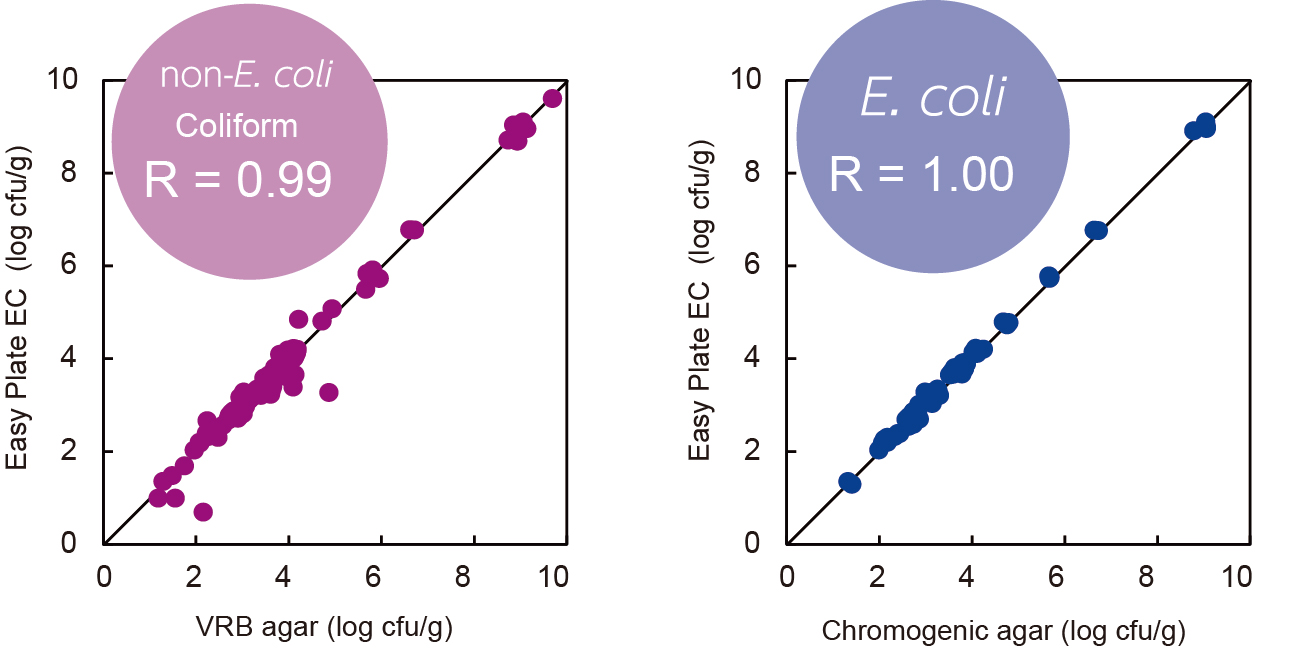 Coloring of the plate surface caused by enzymes contained in foods

In some unheated foods and dairy products, residual enzymes in the food may cause a red-violet coloring to develop over the entire incubation area. If the visibility of the colonies is affected, improvement can be obtained using dilutions. 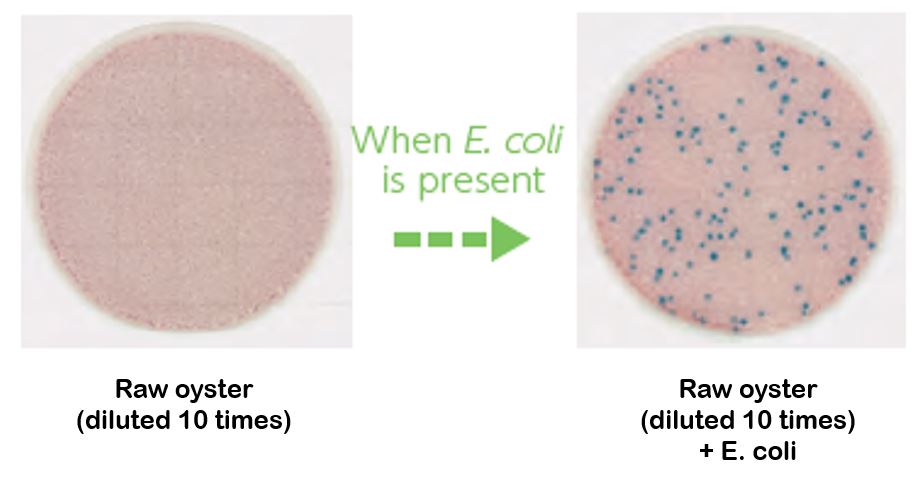