Colonies turn red, making them easy to visualize and count, even in the presence of food residue or other source of color. 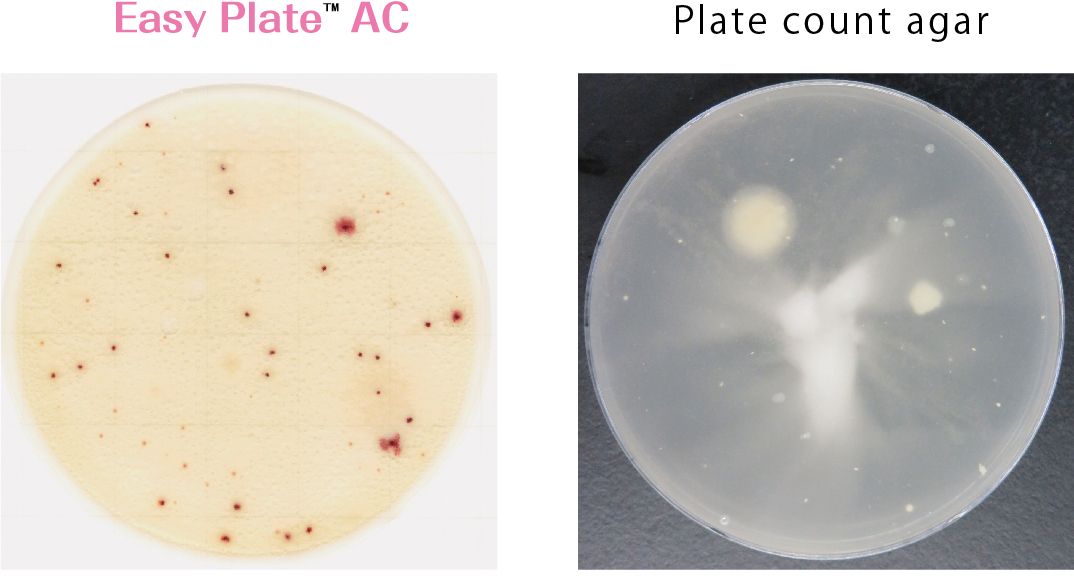 ２． Reducing the spreading of colonies of Bacillus spp.

Colonies of Bacillus spp. that can easily spread on conventional agar media but spreading is controlled on Easy Plate. 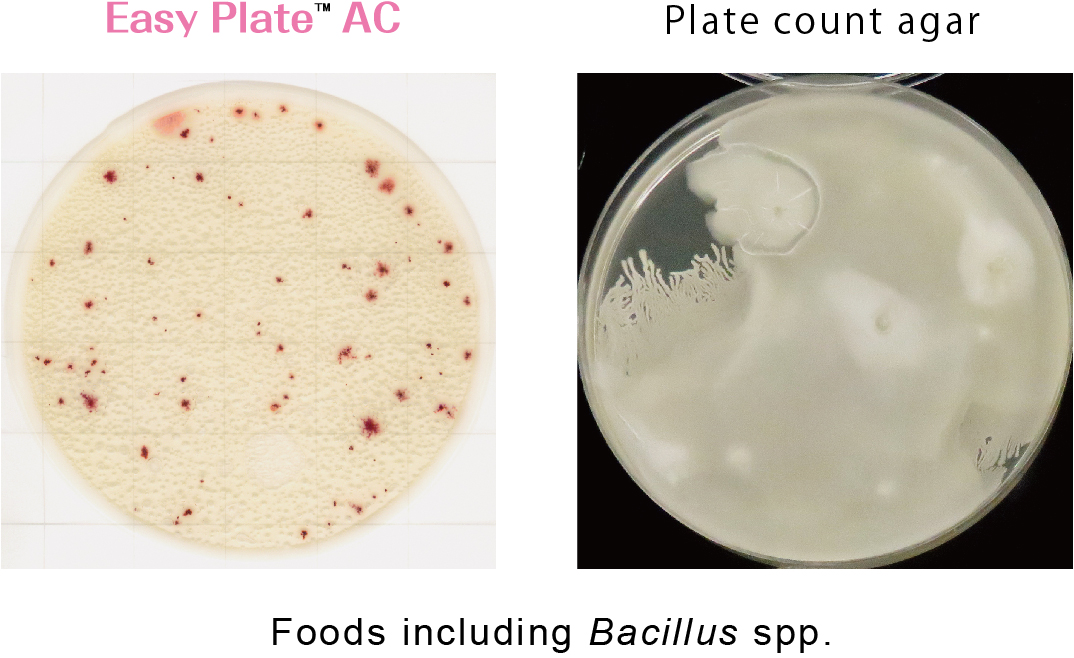 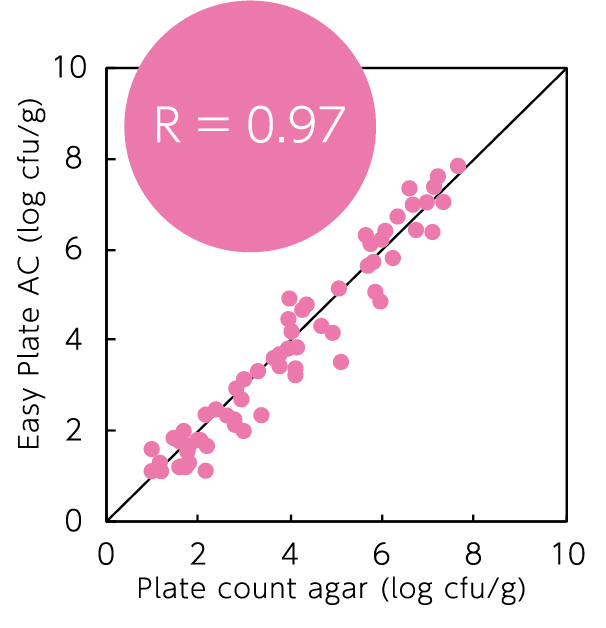 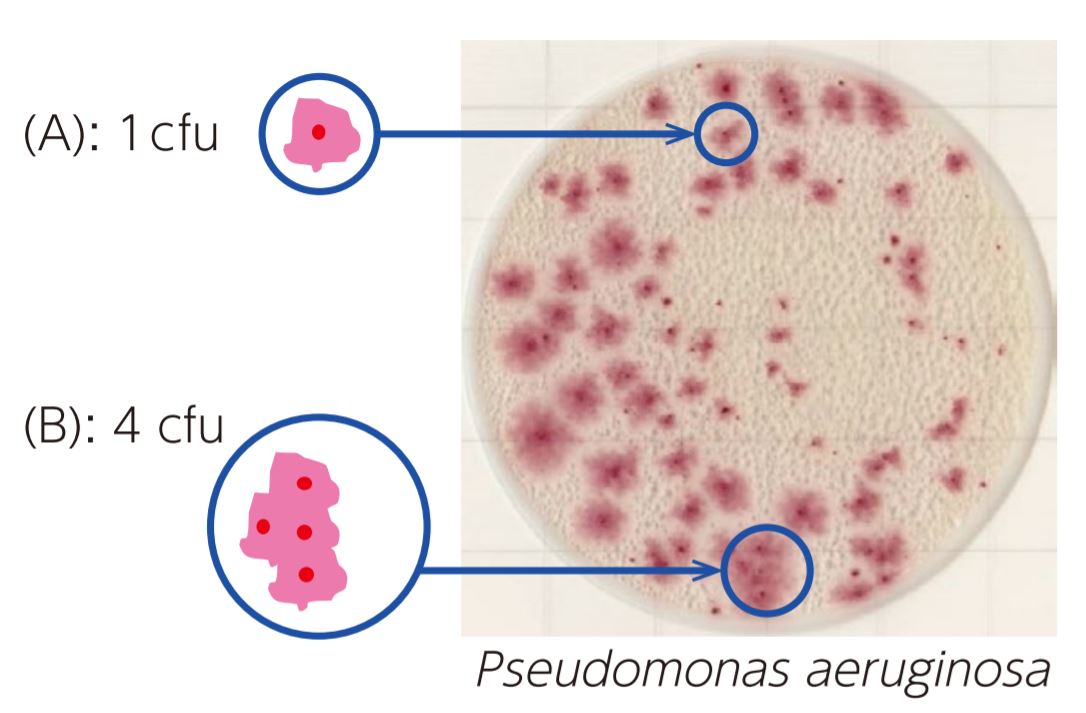